Add a bit of atmosphere to your festival or event with these slightly eccentric, in-role costumed characters. They are ready to grace, or disgrace any occasion and will talk to anyone who can put up with them. Often accompanied by a loud-mouthed puppet!

It’s worth having a look at the links to other pages since some of these characters can provide a short entertainment with music, arrive on horseback, or maybe in a boat! 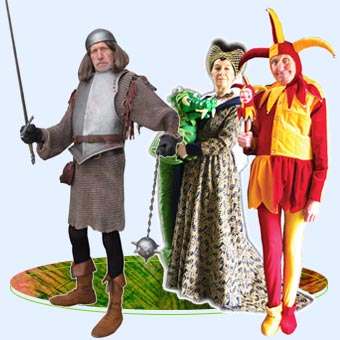 Raddle is the most miserable jester around. He can’t juggle, can’t fight, and doesn’t know any jokes to keep the dragon amused. Not surprisingly then The Duchess is on the lookout for a replacement and Raddle will be back at the Job Centre on Monday. 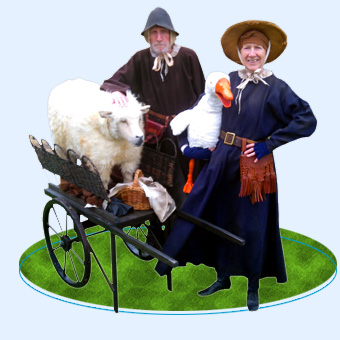 Meet Harold and Mathilda who are on their way to market to see if they can get a good price for a rather ancient bit of mutton, and a bad tempered old goose. 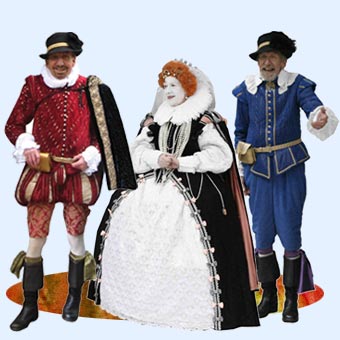 With a nod and a wink Queen Elizabeth is on a regal progress amongst her loyal subjects. Accompanied by either her sailor friend Sir Francis Drake trying to keep her in good humour, or Sir Walter Raleigh muttering about the footprints on his nice new cloak. 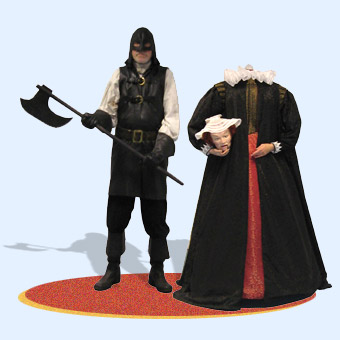 Mary Queen of Scots has a bad headache as a result of the bungled execution and is definitely not happy. Her Executioner is following her around to apologise for getting it wrong but just gets a lot of muttering from the disembodied head. Yes, it talks! 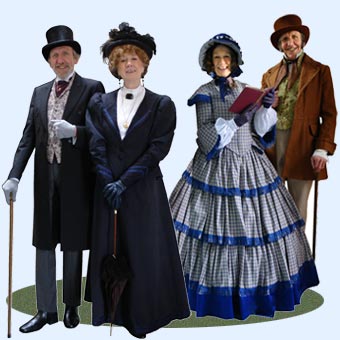 Sir Henry Greatham and Lady Lydia can age from Georgian to Edwardian. Same couple with ideas above their station in life, but always immaculately dressed. 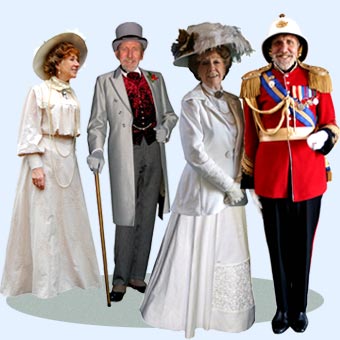 The Edwardian era was a graceful age, but somehow despite their efforts Henry and Lydia Greatham can never get it quite right. They have all the aspirations and the outfits but their behaviour still belongs somewhere ‘below stairs’! 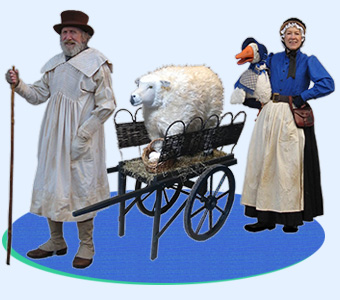 Or you may meet Henry and Lydia when this pair have fallen on hard times and returned to their humble origins. They are forced to go off to market to sell some of the local produce in order to survive. 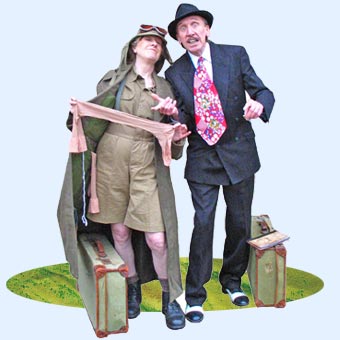 A couple of ‘spivs’ from late on in the War or early 1950’s, available for a street corner near you. Will attempt to sell dodgy goods to anyone gullible enough … or keep out of trouble and just play music. 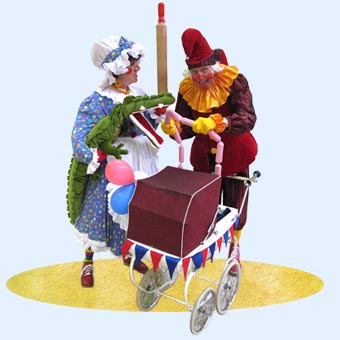 Life sized Punch and Judy who have escaped from the booth with the Crocodile and the baby. They are still arguing but then they have been together for 350 years! The crocodile is wondering what happened to the sausages, and Judy is very annoyed that Mr Punch seems to have mislaid the baby again.

* Beside the Seaside
* Boats with Legs - Holiday Makers 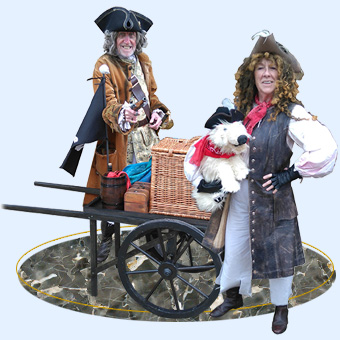 Captain Darke and Liza Rudge have come ashore with a cart load of piratical goods, seafaring information and stories. They are accompanied by Bosun Bones, their watchdog, or sometimes the ship's cat, Jack Scratch'em who insists of taking time out from rat catching.

* Boats with Legs - Pirate Galleon
* Beside the Seaside - Skulduggery 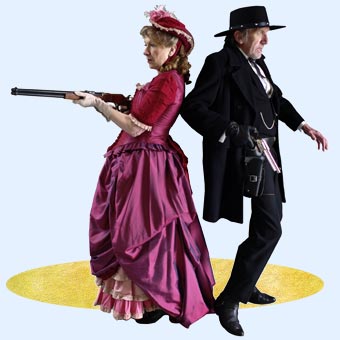 The aged gun slinger and the 'madame' from the local saloon are out and about in their finery. Talk nicely to them because they are loaded with weaponry and whiskey, and the worst American accents around. 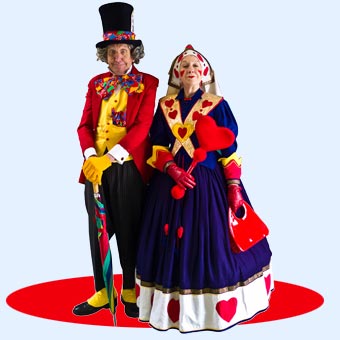 The Queen of Hearts is on the rampage. She hates children, but seems to attract them like flies, so the Mad Hatter is ready to apologise to any members of the public she has insulted along the way. 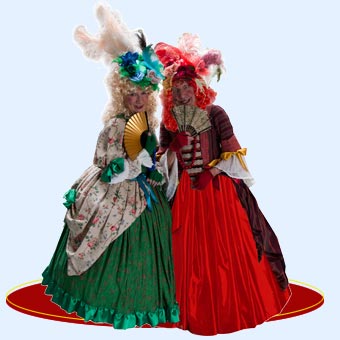 On a break from the pantomime Chardonnay and Shiraz are on the lookout for Prince Charming. Fortunately he left his shoe behind last Saturday when he fled from them at the night club. But they’re not fussy, any other rich bloke will do.