After spending a lot of time in boats, Inner State has decided to come ashore and go riding. Dobbin and Whinny the hobby horses are in the stable and ready to trot about at your event in various guises to suit the theme. These two horses were originally intended for medieval characters but some other riders want to get in on the act. So far the cowboys have saddled them up, the Victorians have taken them out around the estate, and there’s even a show jumping and dressage team. 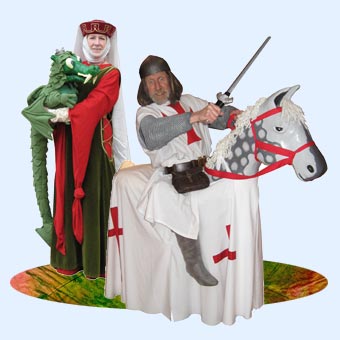 St George mounted on his trusty steed, Dobbin, is out to defend himself against the ferocious dragon he has heard about. Surely it can’t be this sweet little dragon which the rather mature Maiden has found?

* Truncated Theatre - George and the Dragon 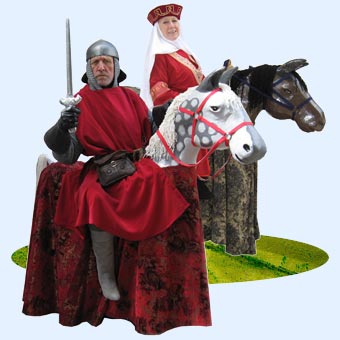 The Greathams are riding out to the tournament. Ready to greet the peasants along the way. As usual, Sir Henry is having trouble handling his sword and is unlikely to win any prizes today. 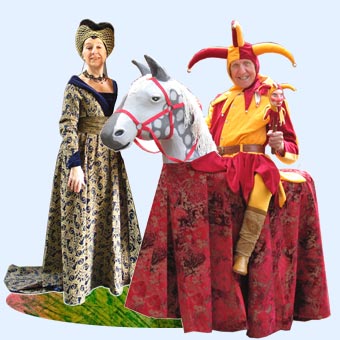 As far as jesters go, Raddle is not a great success. The Duchess of Wormwood is on the warpath and is threatening to sack him and get a replacement. 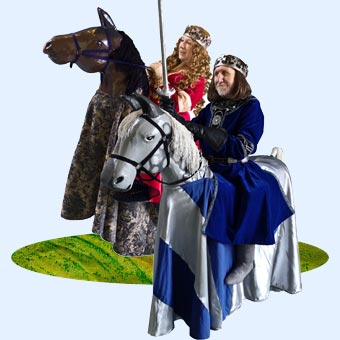 King Arthur and Queen Guinevere are out for a ride around Camelot to greet their loyal subjects … although Guinevere is hoping to catch a glimpse of Lancelot, or any other handsome knight.

* Truncated Theatre - Arthur and the Dragon 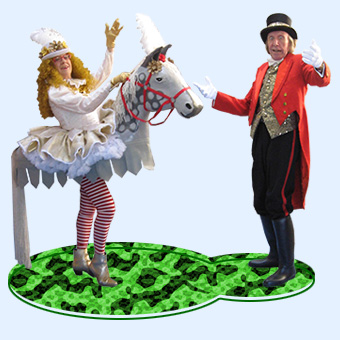 Lady Lydia has joined the circus and under the ever watchful and critical eye of the Ringmaster is endeavouring to master the skills of the circus ring … or not. On some occasions there may be an opportunity for budding horse riders to canter alongside and learn the tricks of the trade. 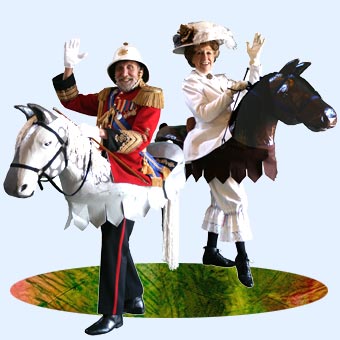 Lord Bluffingham, the Viceroy of The Isle of Sheppey (or ... somewhere nearby) and his lovely lady wife ride out to inspect the troops, or merely to ride roughshod over the local riff raff. 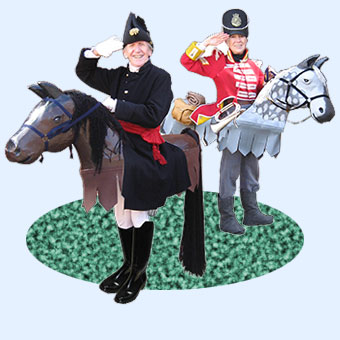 The Duke of Wellington rides out to command the troops along with his trusty bugler who tends to get 'The Charge' mixed up with 'Come to the Cookhouse Door' which doesn't help matters at all. 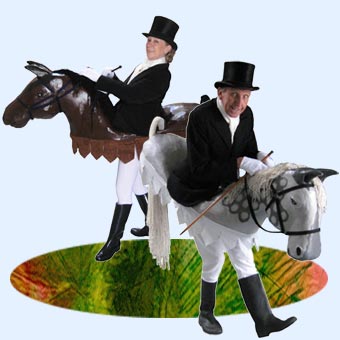 This highly trained pair of riders are ready to tackle any obstacle, or crack in the pavement to show off their jumping skills. They may also be persuaded to demonstrate the fancy footwork of their talented horses in the equine dressage event ... sometimes without stumbling. 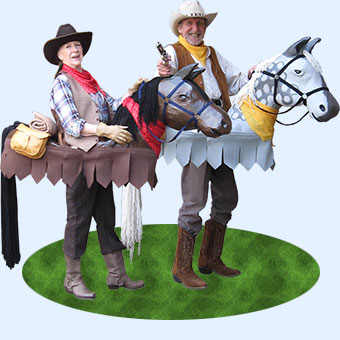 Two aged gun slingers have arrived in town from a rough ride out there on the range. Dusty, and ready for a drink. Yee-haw!